♫ time to close the shutters, time to go inside

JoshuasTravels is doing the VanWinkle thing. 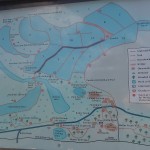 that’s why they call it cold-orado

I went to Denver. Spent some time with the J.Crew side of the family.  Enjoy the photo documentation:

Some stuff happened between thus and then, and I admit full culpability. I got busy, I got lazy, I got a little crazy. But let’s not focus on the negative. I was gone, now I’m back. Here’s the recap:

Got back from the Iraqs with all ten fingers and all ten toes. The big green gave us all a month off, which was my cue to tour the Pacific Rim. Here’s the dirty, filthy evidence:

Just after Korea, I took a four-day weekend and a round-trip to Kansas City and turned it into one of the best weekends of my life. The Ancients called good friends “the crown of life,” and I’ve never felt luckier. Thanks, guys.

Found myself back in Kansas City for Labor Day. For an awesome Labor Day, I mean.

Blah blah blah, quit my tank gig in El Paso and moved to Augusta for a year of Nerd School.

My Pops flew in for Thanksgiving, so we bummed around the south for a week or so.

Scrapped together a Hawaiian Santa outfit, bombed west with three of my finest compatriots, barcrawled around Atlanta until the break of dawn:

I got some family in fayetteville, north cackalacky. Their oldest slapshotted his way through a pretty fantastic Pee Wee hockey tournament in Augusta, and then we went out for pizza.

It’s hard to believe that sums up ten months, but it does. Stay tuned for more updates. Slightly more frequent updates, I mean.

smashing the Lion City in the Year of the Tiger

Most soldiers take the quick road back to the old amber waves of grain, which wasn’t something I was too interested in. Why go back to Staurbucks and Toby Kieth and Lobbyists and deep-fried when Bali and the Pacific Rim beckons so? 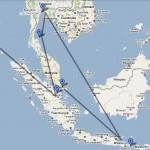 (when all was said and done) 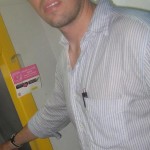 Flew straight in from Dubai, checked out some tech, met up with the Missouro-German, ate some nachos and hopped the first flight to 44’s childhood. Never did make it all the way to Jakarta proper, though. 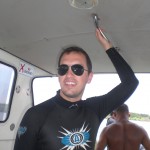 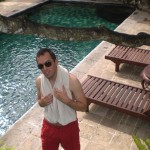 I’ll never understand why beach-side resorts have swimming pools, but they do. 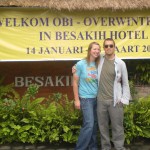 The place we crashed was also hosting some sort of deutscher konferencein. Josey Wales there to my left was ecstatic – and only slightly less excited when we were plane-seated next to this old cleancut respectable hippy monied doctor couple that 1 encouraged us to keep travelling, drop acid, and never marry 2 swore the world was much cooler to travel in the pre-McEverywhere 70s. 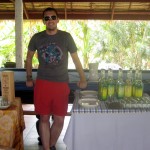 The James-Younger Gang had to split back to Sojuland for a week. The hell with that; I went to the gulf. This rhum’s the delicious byproduct of some island-fevered Frenchies:

“okay, but no Coca-Cola. All you Americans drink your rhum with Coca-Cola” 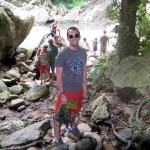 The Nu Mong waterfall, lower half. I had to take a jeep into the interior to get there. It sounds cooler than it is; the mum holding the camera was asking her youngest where on the telly he learned the word “wanker.” The cheeky little bloke didn’t have a good answer. 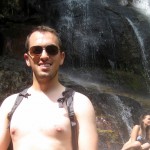 The upper waterfall. I peed in that. It’s about a 30 minute straightup hike (no 1stworld-gradual sloping trails). 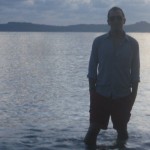 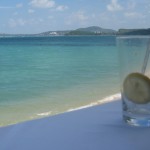 Well how about that. I guess dreams really do come true. 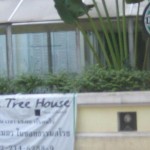 Treehouse, baby. This was where I learned you don’t have to wai for root beer. I’m such a crazy American cowboy. 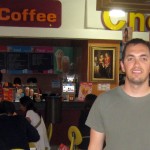 I don’t know too many Chesters (and only one Weather Authority), but it looks like Chesty’s are successful even in the Venice of the East. 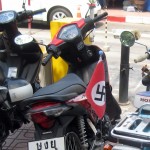 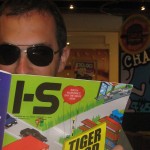 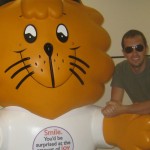 This guy is ready for CNY. 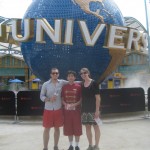 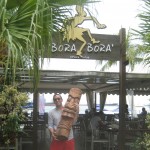 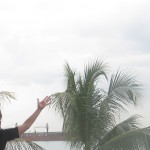 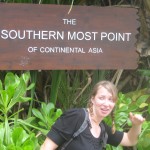 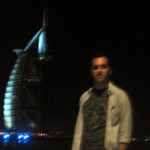 edit: I got caught in an overnight layover at DXB – this is the only highlight from my ten hour tour of the City of Excess